DURBAN - 13 September 2014 - The casket of anti-apartheid journalist Nathaniel Nakasa draped in the South African flag at the Chesterville Heroes Acre in Durban awaits to be lowered as a preacher (left) delivers a final sermon while hordes of media and two pall bearers look on. Still covered is his tomb stone. Nakasa who died in New York in 1965 was reburied in Durban after his remains were brought back from a New York cemetery where he had lain for the past 49 years. Picture: Allied Picture Press/APP 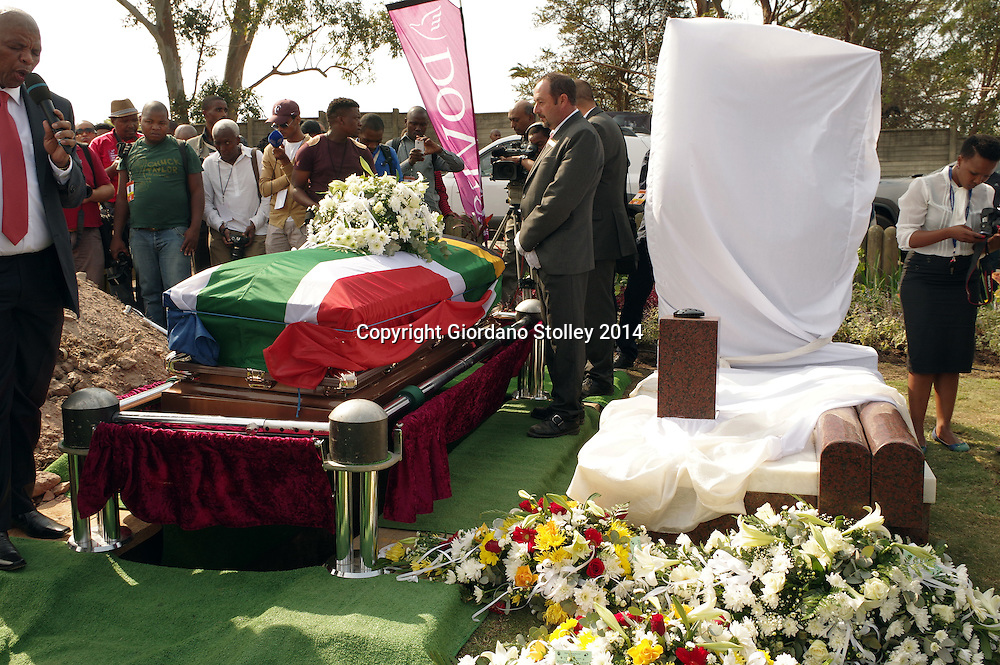