GARIEP DAM, South Africa - 11 July 2014 - The Gariep Dam wall, as seen in the late afternoon from the Gariep Dam View Point in the Estern Cape on the southern banks of the Orange River. The Gariep Dam, formerly known as the Hendrik Verwoerd Dam, is the largest water storage reservoir in South Africa. The Orange River and its tributary, the Caledon River flow into the reservior. Construction of the dam was completed in 1971. Picture: Giordano Stolley 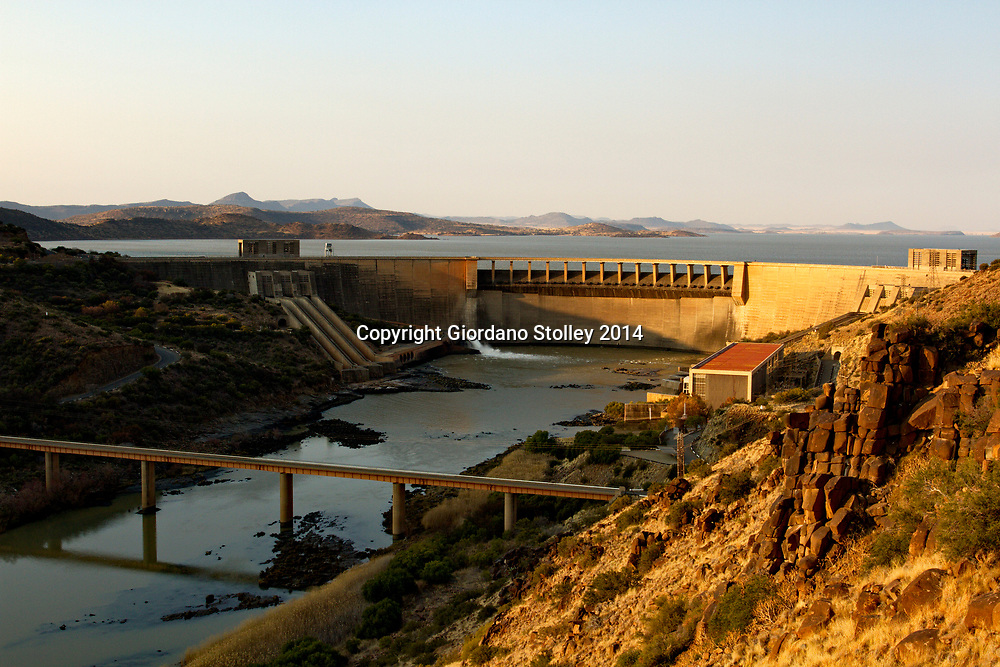