TONGAAT TOLL PLAZA - 31 January 2008 - South African national transport minister Jeff Radebe shakes hands with a drunk passenger. The three occupants of the vehicle were stopped at the start Operation Juggernaut -- a plan to eliminate unroadworthy vehicles from the country's roads..The driver of the vehicle was undergoing a Breathalyzer test at the time of the photograph. He was found to be over the legal limit. .Picture: Giordano Stolley/Allied Picture Press 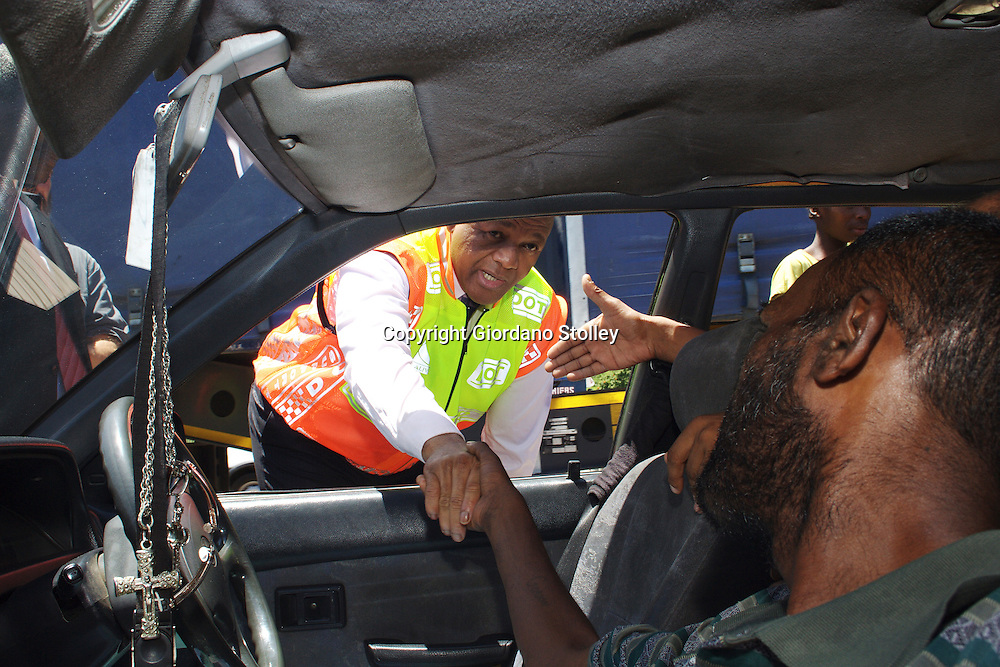