MURRAY LOCK & DAM, ARKANSAS - 29 July 2010 - Located in Pulaski county on the Arkansas River the Murray Lock & Dam is one of 18 locks & dams in the McClellan-Kerr Arkansas River Navigation System. The McClellan-Kerr System allows for navigation for much of the Arkansas River, which at 1,450 miles is one of the largest tributaries of the Mississippi River. The bridge above the dam was opened in 2006 and is the longest pedestrian/bicycle bridge in North America that has never been used by cars or trucks and spans the river between Little Rock and North Little Rock. The bridge is known as the Big Dam Bridge..Picture: Ryan Eyer/Allied Picture Press 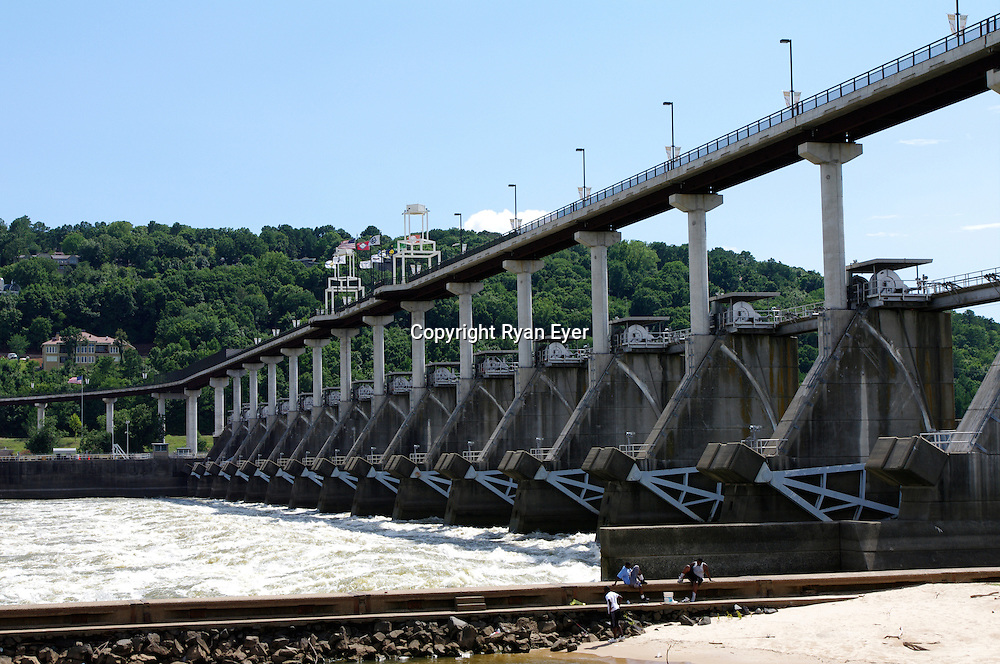