DURBAN - 11 November 2014 - South African police minister 20141111gs_1441_Nkosinathi_Nhleko answers journalists questions surrounding the police investigations into security improvements at President Jcob Zuma's personal residence in Nkandla. Nhleko was attending a conference of the Civilian Secretariat for Police when he was confronted by journalists over the investigations into the Nkandla upgrades. Police have been forced to investigate after oppoistion parties filed corruption charges with the police. Looking on in the picture is KwaZulu-Natal member of the executive council for Transport, Community Safety, and Liaison. Picture: Allied Picture Press/APP 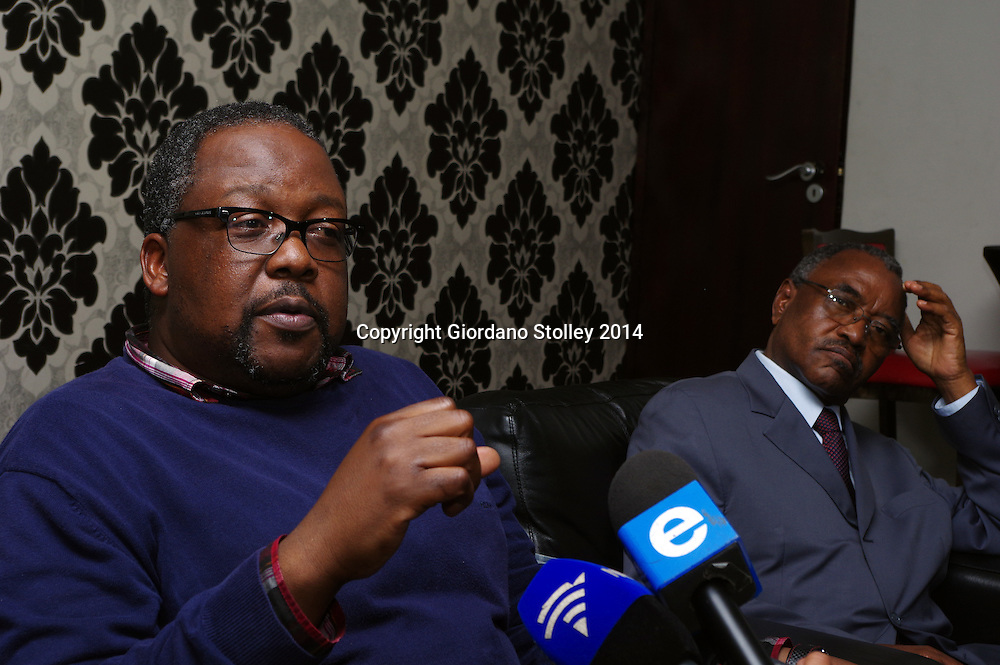