DURBAN - 25 July 2014 - Heavy machinery breaks up a beam to allow a number of other engineers and company officials to determine how much steel was used in a beam that collapsed at the ill-fated Tongaat Mall. The mall being constructed by Gralio Precast collapsed before it was completed killing twoconstruction workers and injuring 29 on November 19, 2013. Jagadasan is the son of controversial Durban businessman Jay Singh. Picture: Allied Picture Press/APP 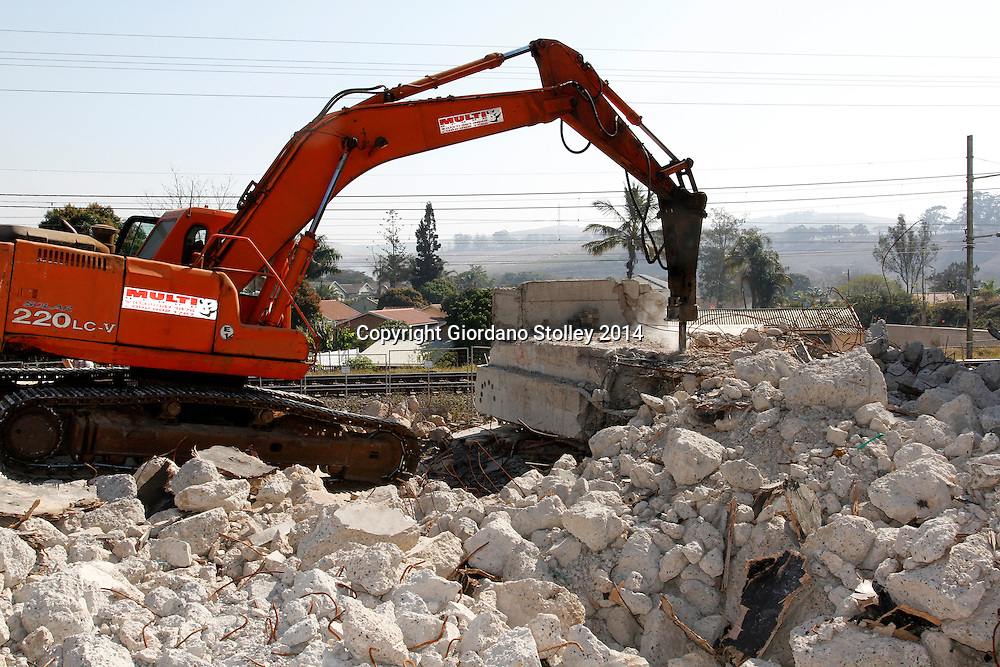