PRETORIA - 15 September 2010 - A taxi driver displays a sign making his feelings known about the government's proposed licence demerit point system while a South African Transport and Allied Workers' Union provincial leader reads out a memorandum outside the Transport Department in Pretoria. The minibus taxi drivers say the new system will be used to target them unfairly. Minibus taxis are the main form of transportation for the majority of South Africans, but they have a reputation for unsafe vehicles and being the scene of horrendous crashes that claim thousands of lives each year..Picture: Giordano Stolley/Allied Picture Press 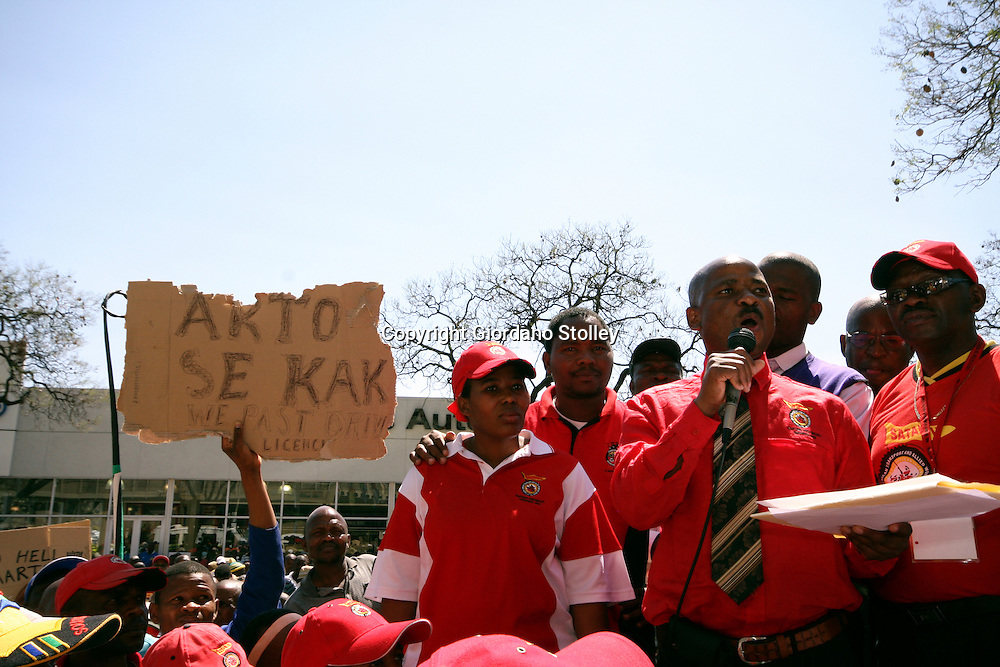