INCHANGA - 4 February 2016 - The African National Congress's provincial secretary Super Zuma and the SA Communist party's provincial treasurer Nomarashiya Caluza sit in the house of a a slain ANC member where the leadership of the two parties had come to apologise to the family. Tensions between the ANC and its traditional partners, the SACP, have been high in the area, with SACP members accusing the ANC of preventing them from participating in nominations for the upcoming local government elections. Dladla who had been nominated as a potential candidate for the ANC was gunned down outside his home in Fredville, Inchanga. Picture: Allied Picture Press/APP 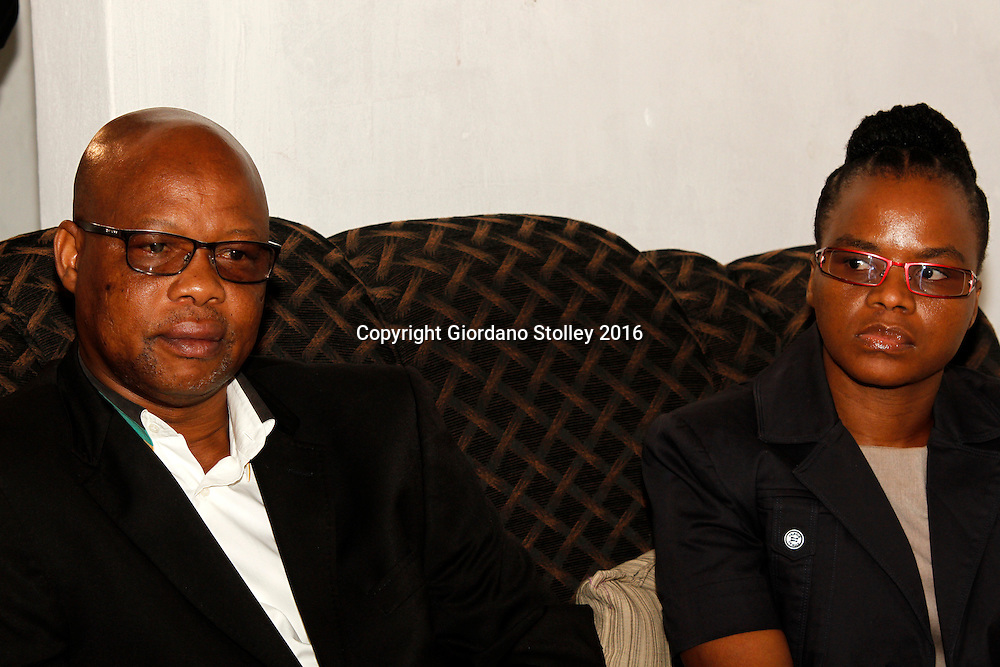