DURBAN - 19 January 2016 - Super Zuma (left), the KwaZulu-Natal provincial secretary of the African National Congress, welcomes Nathi Phewa to the ANC. Phewa was one of the founding members of the Economic Freedom Fighters in KwaZulu-Natal in 2013. Phewa claimed he left EFF because its leader Julius Malema was running it like a dictator. Looking on are other defectors, including Dumisani Ngubane (centre, red shirt), a former provincial organiser for EFF. Picture Allied Picture Press/APP 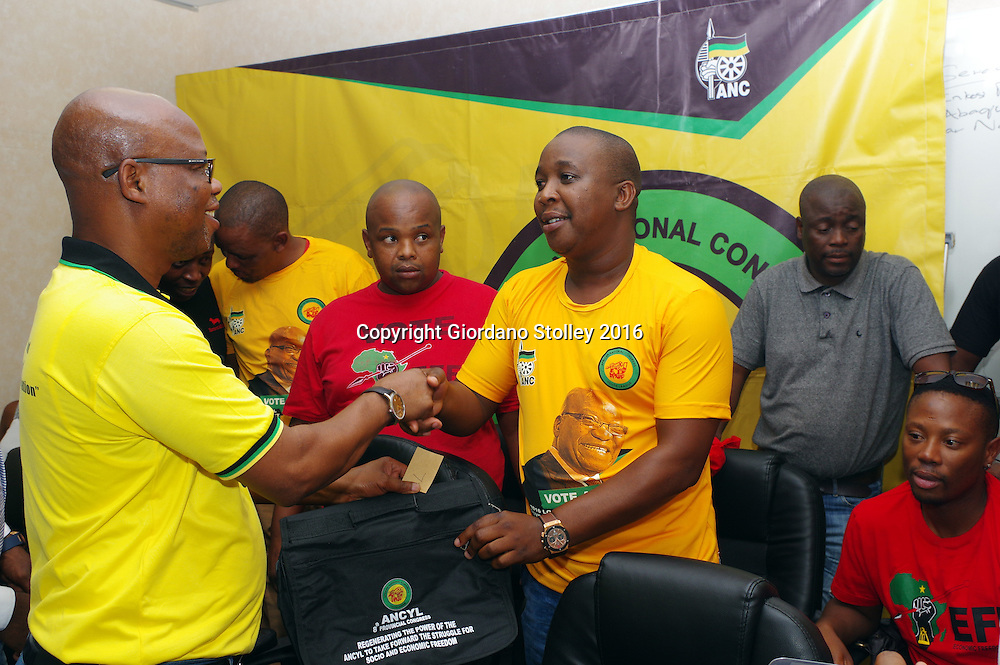