DURBAN - 8 April 2016 - Aids activist Patrick Mdletshe, Senzo Mchunu, the premier of South Africa's KwaZulu-Natal province, eThekwini Metro Municipal mayor James Nxumalo and the province's Cooperative Governance and Traditional Affairs MEC (provincial minister) Nomusa Dube-Ncube gives the thumbs up for the readines of the city of Durban to host the 21st International Aids Conference. The press conference together with other festivities marked 100 days to the beginning of the conference, which will be held from 18 to 22 July 2016. It is the second time the conference is being held in the city. South Africa has the largest number of people living with the disease in the world and one of the largest rates of infection. Picture: Allied Picture Press/APP 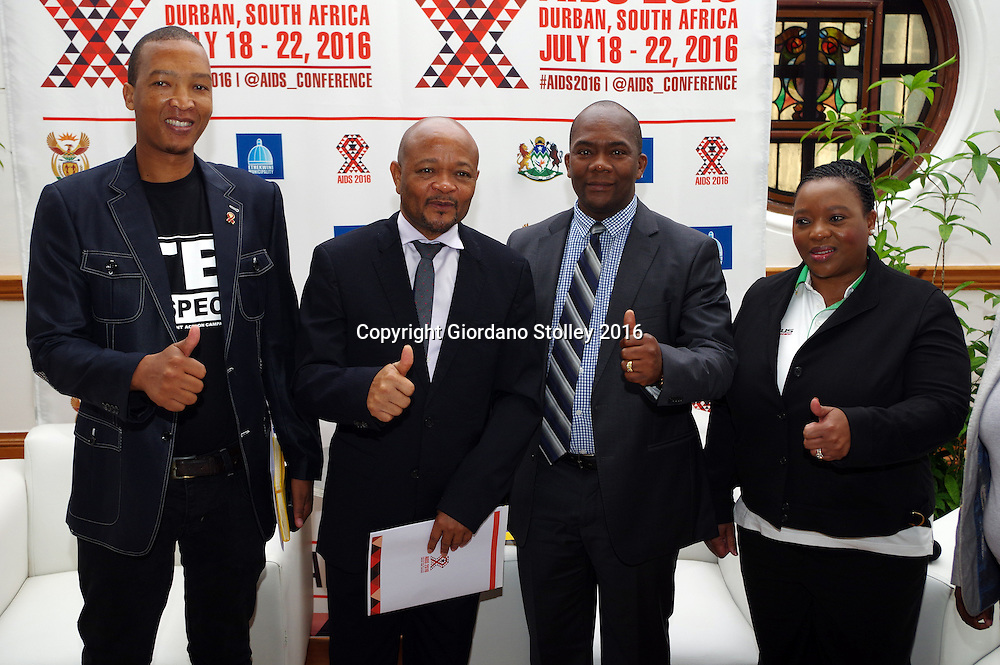