DURBAN, 16 December 2015 - Major General Berning Ntlemeza, the head of the South African police's elite Directorate for Priority Crime Investigations answers questions at a press cnference where he had earlier told reporters that he has submitted a proposal that anyone convicted of being illegally in possession of a gun should be subjected to a minimum term of life imprisonment, which in South Africa is 25 years, before parole consideration. Ntlemeza was speaking at a press conference to launch the police's annual festive season crackdown. South Africa has one of the highest murder rates in the world, with 17,805 murders committed from April 2014 to March 2015 or an average of 49 murders everyday. Picture: Allied Picture Press/APP 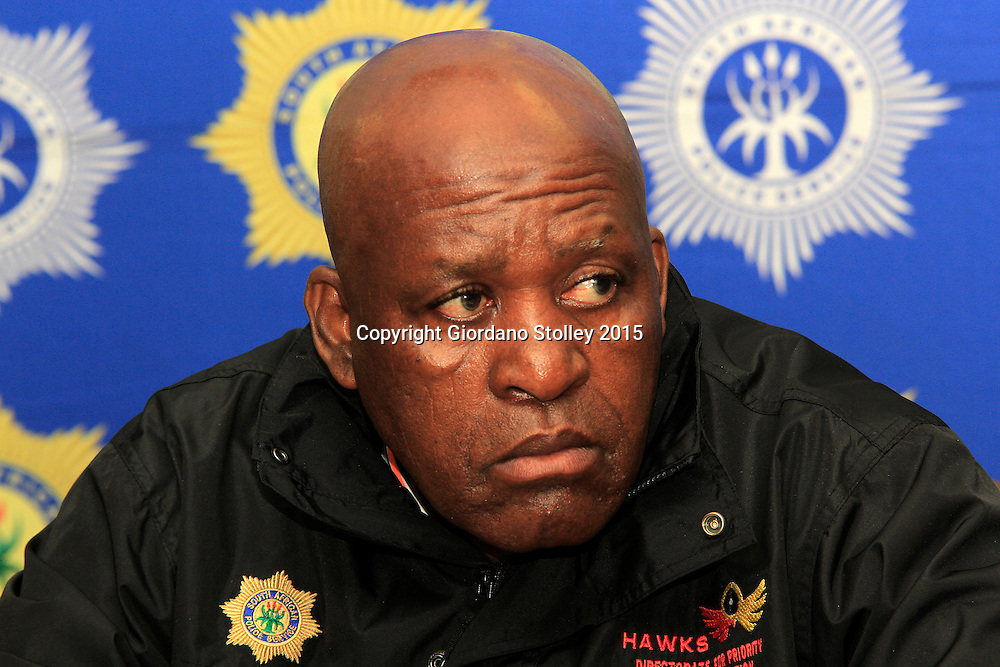