DURBAN - 20 May 2016 - African National Congress couuncillor Velile Lutsheko speaks to his wife before he was sentenced to life imprisonment in the Durban High Court for the murder of Abahlali baseMjondolo activist Thulisile Maureen Ndlovu. He was sentenced along with gunman Mlungisi Ndlovu and fellow eThekwini Metro Municipal councillor Mduduzi Ngcobo. They were convicted of Thulisile Maureen Ndlovu's murder. The two councillors wanted her dead because she opposed their programme of allocating houses to people who were not resident in the Thokoza area of the KwaNdengezi near Pinetown. Picture: Allied Picture Press/APP 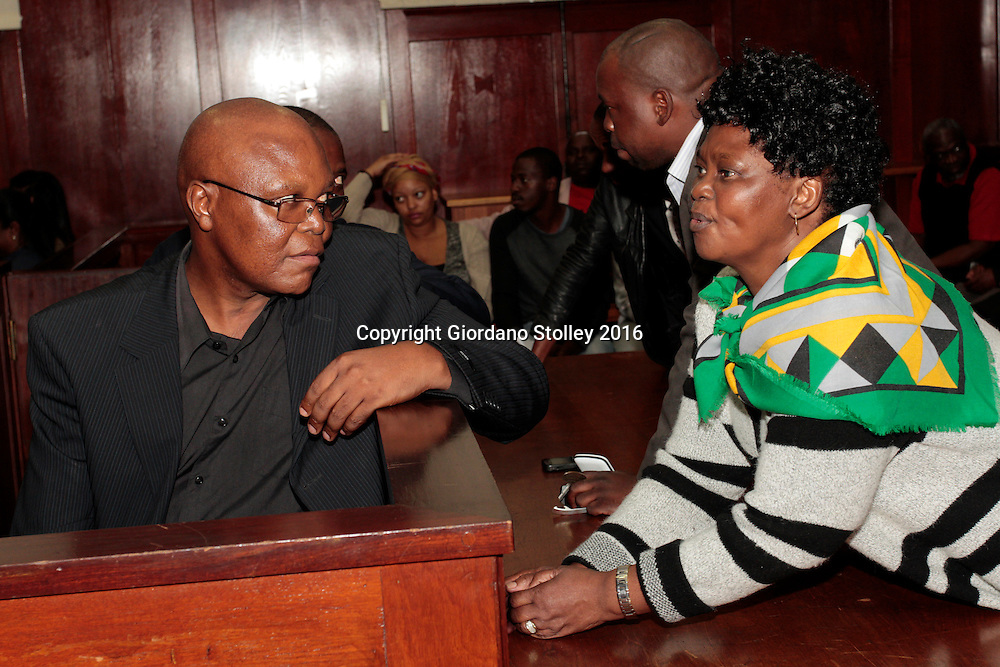