DURBAN - 13 September 2014 - Gladys Mazibuko, the sister of anti-apartheid journalist Nathaniel Nakasa sits and watches as the caskett of her brother is lowered int the grave at the Chesterville Heroes Acre in Durban. Nakasa who died in New York in 1965 was reburied in Durban after his remains were brought back from a New York cemetery where he had lain for the past 49 years after allegedly committing suicide. Mazibuko has claimed that she does not believe his death was suicide. Picture: Allied Picture Press/APP 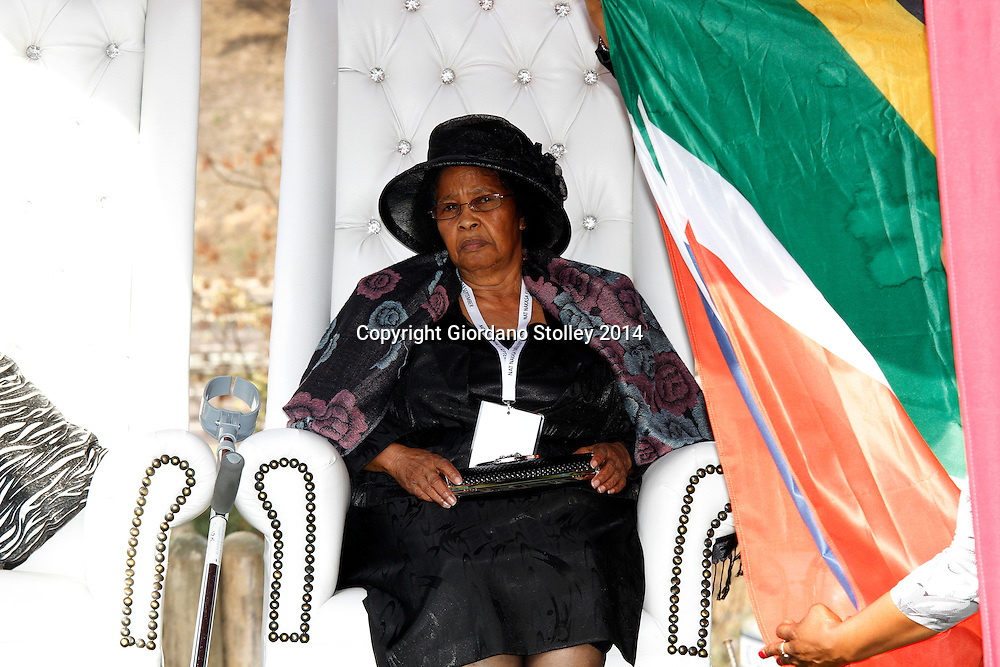