DURBAN - 1 May 2016 - A man holds up a banner in support of the Freedom Charter, the statement of core principals of the South Africa's ruling African National Congress (ANC). He was of the 8,000 people that ultimately packed the Curries Fountain Stadium in Durban to to be addressed by the leadership of the country's largest trade union federation, the Congress of South African Trade Unions. They were also addressed by the leadership of the ruling ANC and the South African Communist Party. Picture: Allied Picture Press/APP 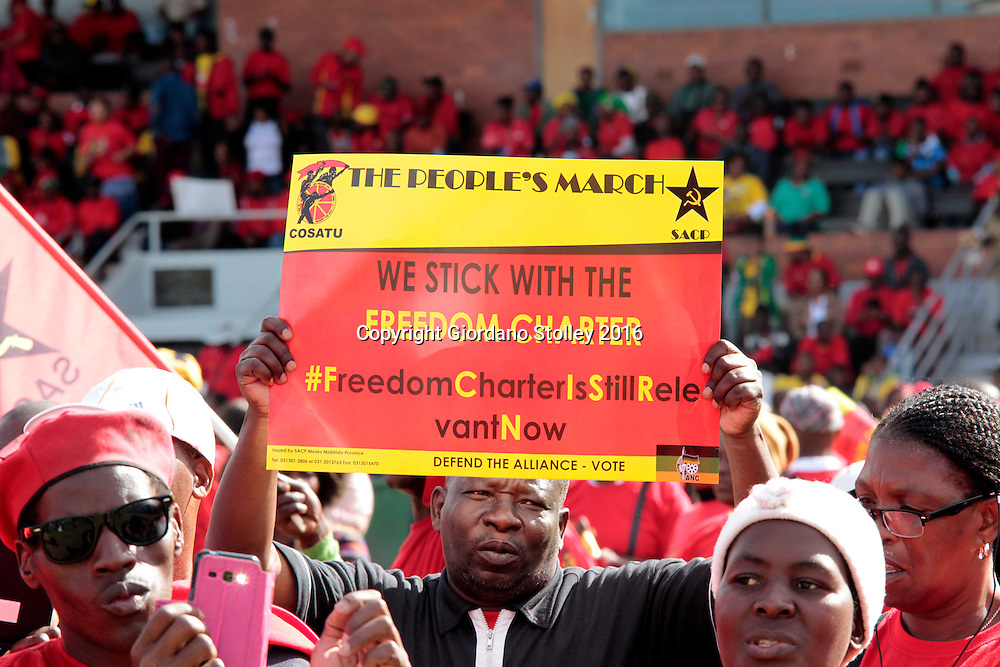