WASHINTON, DC - 29 November 2014 - The Marine Corps War Memorial (also called the Iwo Jima Memorial) is a military memorial statue outside the walls of the Arlington National Cemetery and next to the Netherlands Carillon, in Arlington, Virginia, in the United States, south of Washington DC. The memorial is dedicated to all personnel of the United States Marine Corps who have died in the defense of their country since 1775. The design of the massive sculpture by Felix de Weldon was based on the iconic photo Raising the Flag on Iwo Jima, taken during the Battle of Iwo Jima by Associated Press photographer Joe Rosenthal. The memorial features the Marines and Sailor who raised the second flag over Iwo Jima.Picture: Ryan Eyer/Allied Picture Press 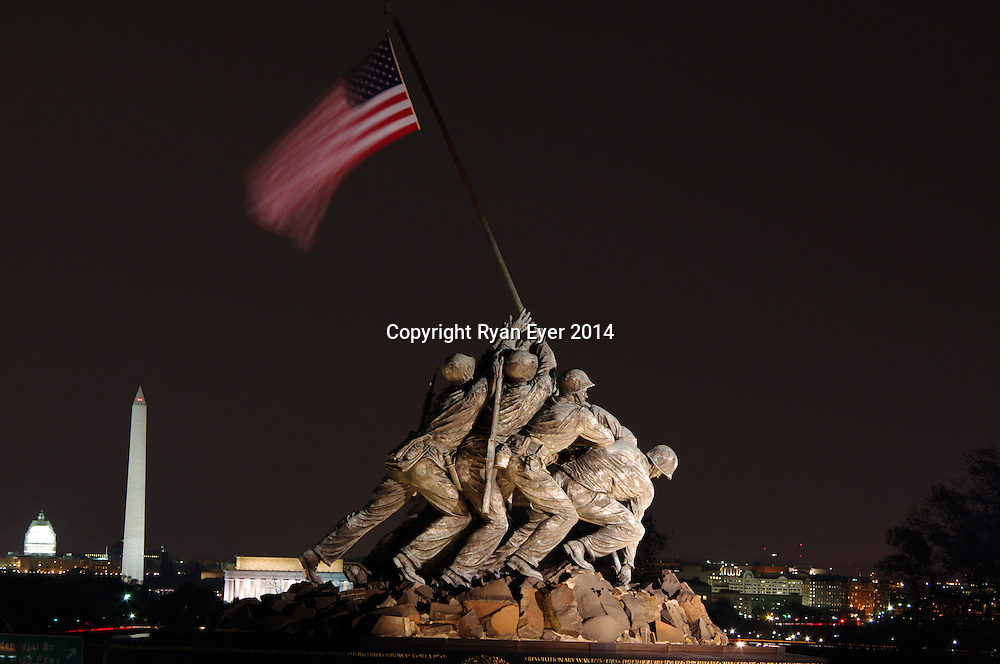