DURBAN - 26 October 2013 - Commonly known as the Bluff Lighthouse, the Cooper lighthouse was commissioned in 1953. Located on Durban's Bluff it was named the Cooper Lighthouse after Harry Claude Cooper, South Africa’s first and long-serving Lighthouse Engineer. He was involved in the design and development of many lighthouses in South Africa. It was commissioned in 1953 and is 21 metres tall and its flashes of light every 10 seconds can be seen 26 nautical miles out to sea. Picture: Allied Picture Press/APP 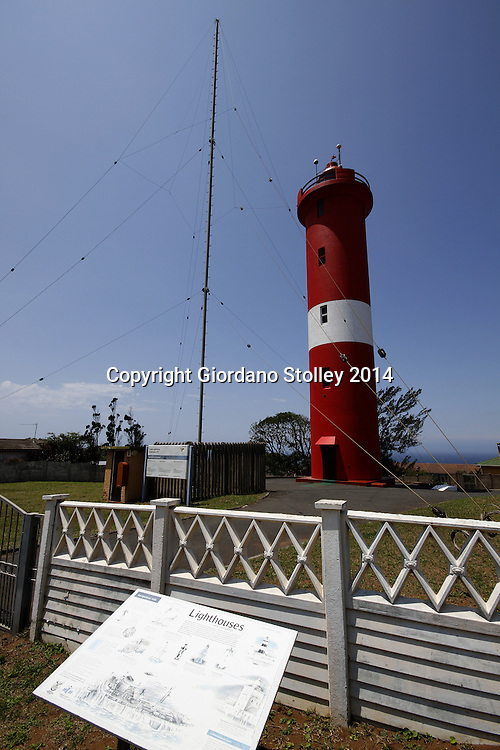