LITTLE ROCK, AR - 1 August 2010 - The Little Rock Nine Civil Rights Memorial in Arkansas State Capitol grounds comemorates a group of African-American students who were enrolled in Little Rock Central High School in 1957. The ensuing 'Little Rock Crisis', in which the students were initially prevented from entering the racially segregated school by Arkansas Governor Orval Faubus, and then attended after the intervention of President Eisenhower, is considered to be one of the most important events in the African-American Civil Rights Movement. On their first day of school, guards at the school would not let them in and they were followed by mobs making threats to lynch..The Little Rock Nine consisted of Ernest Green (b. 1941), Elizabeth Eckford (b. 1941), Jefferson Thomas (b. 1942), Terrence Roberts (b. 1941), Carlotta Walls LaNier (b. 1942), Minnijean Brown (b. 1941), Gloria Ray Karlmark (b. 1942), Thelma Mothershed (b. 1940), and Melba Beals (b. 1941). Picture Ryan Eyer/Allied Picture Press 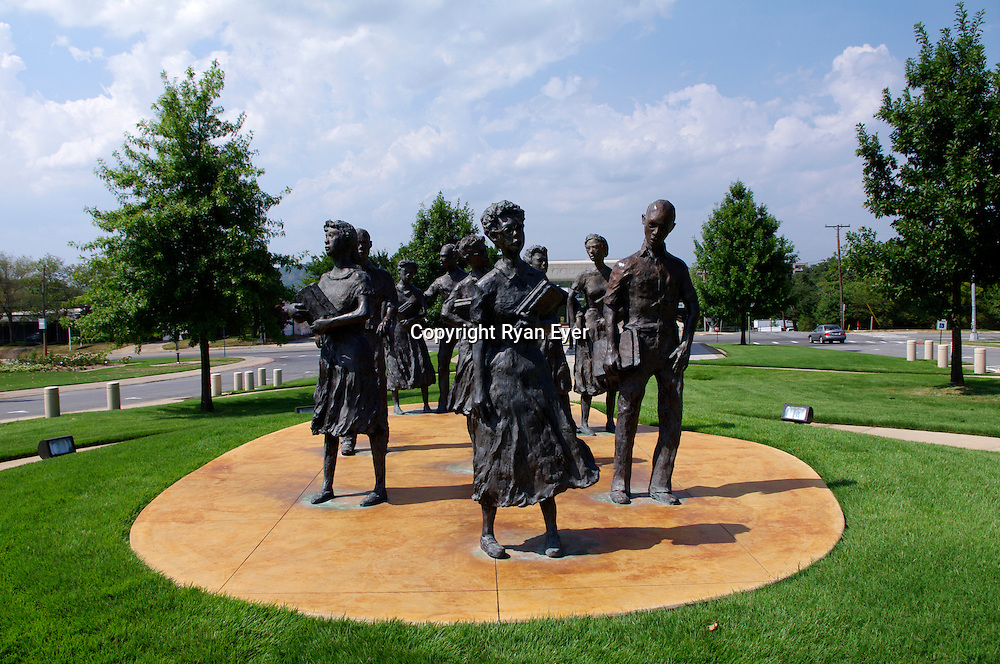