WASHINGTON, DC - 11 October 2010 - The Washington National Cathedral, officially named the Cathedral Church of Saint Peter and Saint Paul, is a cathedral of the Episcopal Church located in Washington, D.C., the capital of the United States. Of neogothic design, it is the sixth largest cathedral in the world, the second largest in the United States, and the fourth tallest structure in Washington, D.C. The cathedral is the seat of both the Presiding Bishop of the Episcopal Church and its bishop of the Diocese of Washington. In 2009, nearly 400,000 visitors toured the structure. The congregation numbers 800. - Picture: Ryan Eyer/ APP Allied Picture Press 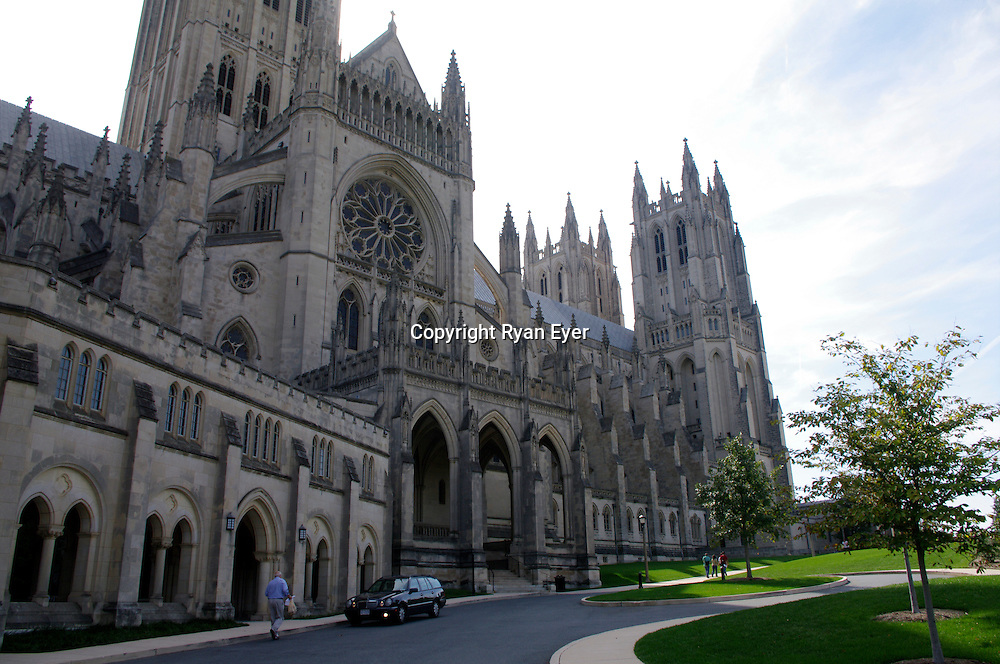