DURBAN - 16 July 2016 - About 1500 grandmothers marched on Durban's International Convention Centre, where the 2016 World Aids Conference is set to begin, to demand greater regonition for the plight they face and the role they face in fighting the deadly HIV/Aids epidemic that is ravaging the continent. Many children in Africa that have been orphaned by the disease are raised by their grandparents. In South Africa it is estimated that some two million children have been orphaned by the disease. Picture: Allied Picture Press/APP 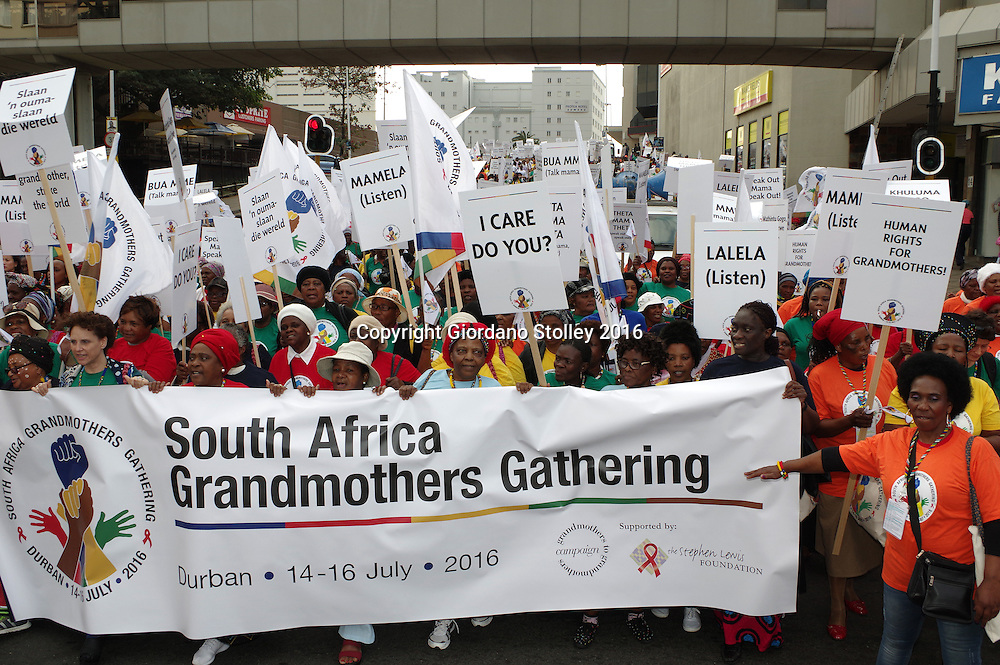