DURBAN - 28 December 2015 - Bheki Fakazi, chairman of the South African Democratic Teachers Union Durban South Region speaks at a press conference in Durban, where it was claimed that the country's largest education department in the province of KwaZulu-Natal has failed to pay salary increases to teachers who teach Grade R pupils -- the first year of schooling. It was also claimed that several hundred markers had not been paid for marking the final school leaving exam papers of those pupils finishing school at he end of 2015. Picture: Alied Picture Press/APP 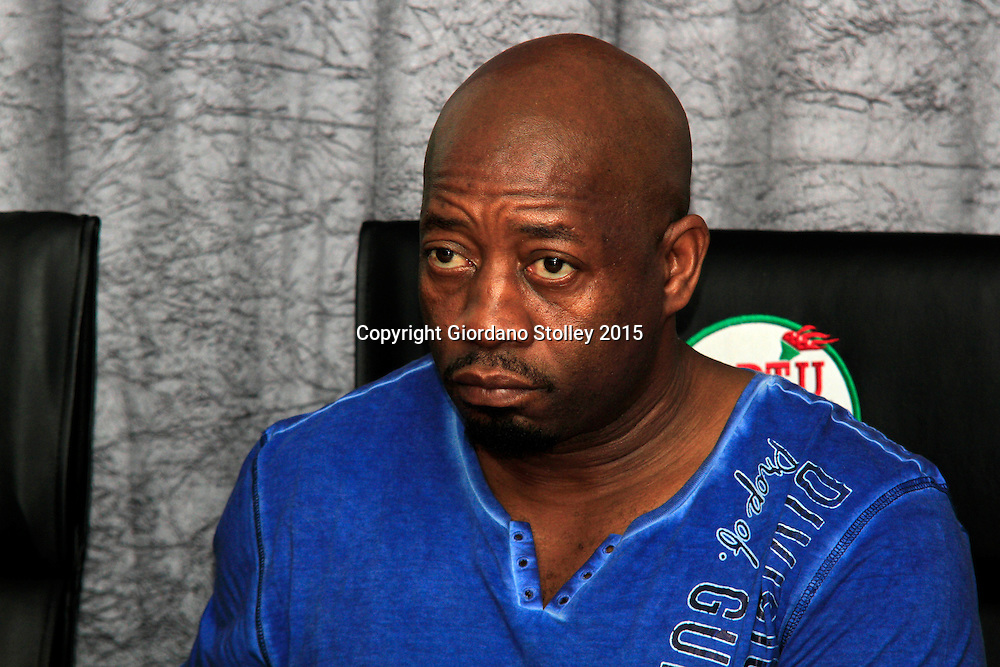