DURBAN - 1 November 2014 - Mourners packed Durban's Moses Mabhida soccer stadium in their thousands, many in their regalia carrying placards of support for the slain South African soccer captain Senzo Meyiwa. This group watch as the cavalcade carrying Meyiwa's mortal remains exits the stadium. Meyiwa was the goalkeeper for both the national side and Orlando Pirates. He was shot dead in Vosloorus, Gauteng, a week earlier, during a robbery at his girlfriend's house. Picture: Allied Picture Press/APP 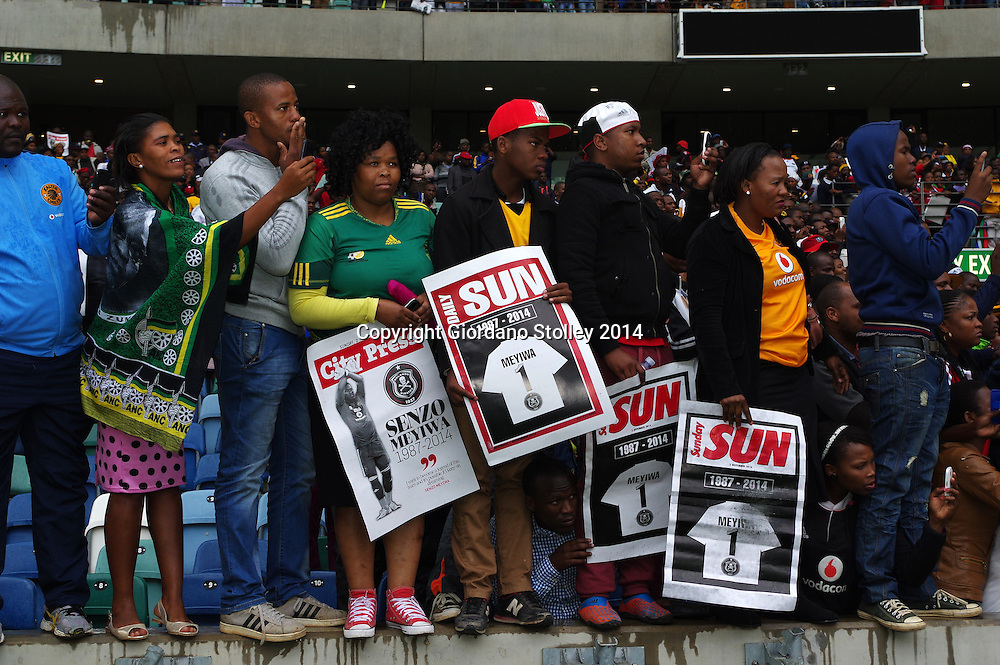