SCOTTBURGH - 11 January 2016 - About 1000 people marched through Scottburgh, the hometown of Penny Sparrow, to protest against racism, including South Africa's national arts and culture minister Nathi Mthetthwa (green shirt, centre). A little more than a week earlier the estate agent made racist comments on Facebook where she complained that the beaches were crowded with too many blacks and compared them to monkeys. The comments have sparked outrage across the country, with many labeling the Democratic Alliance -- the party of which she was a member -- racist. Picture: Allied Picture Press/APP 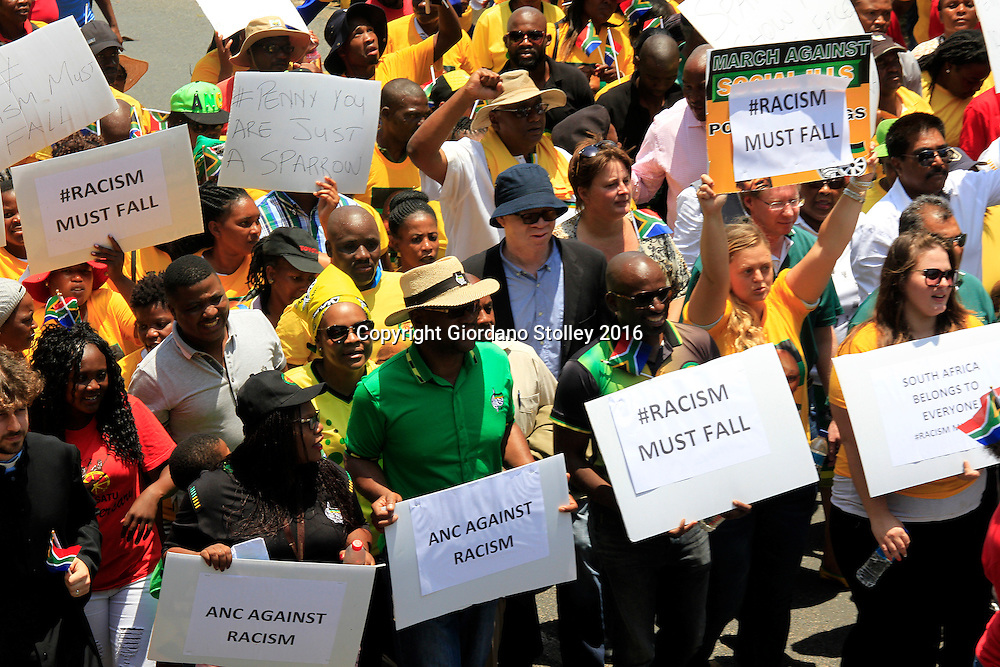