DURBAN - 5 November 2015 - Ä°lker AycÄ± (left), chairman of Turkish Airlines speaks to the media after arriving aboard the first Turkish Airlines Airbus A330-300 to arrive at Durban's King Shaka International Airport. It was the inaugural flight of its newly launched service between Durban and Istanbul, which will see the airline operate four times a week between Durban and Istanbul via Johannesburg. To the right of AycÄ± is Turkey's ambassador to South Africa, Kaan Esener. Picture: Allied Picture Press/APP 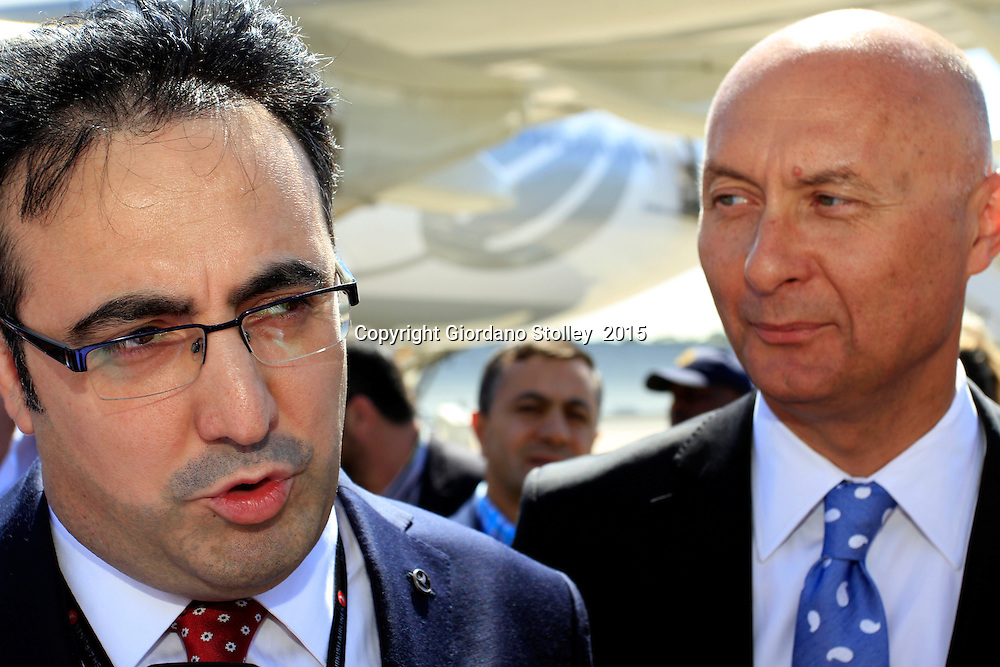