DURBAN - 11 August 2014 - The engine room of the grab hopper dredger, Italeni, which was at anchor in Durban following her maiden voyage from the Bulgarian shipyards where she was constructed. The vessel is the second of three dredgers that the Dutch shipbuilder IHC Merwede has been contracted to build for South Africa's Transnet National Ports Authority. It is 62 metres long and 15 metres wide with a gross tonnage of 1000 tons and a dead weight of 1490 tons. These engines can give the vessel a top speed of 12 knots. Picture: Allied Picture Press/APP 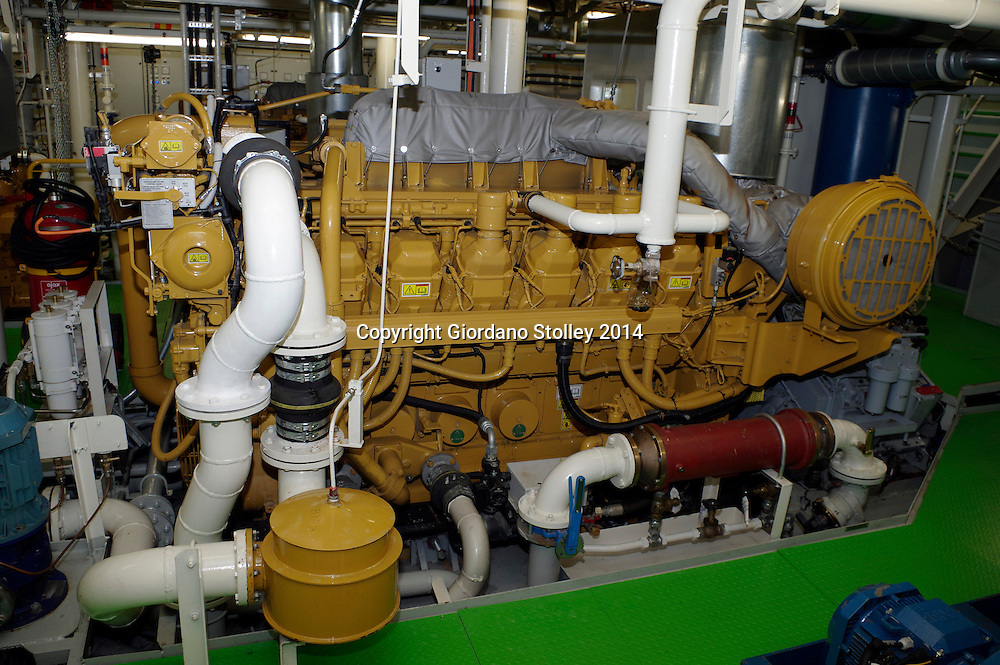