DURBAN - 28 January 2016 - Mathews Ndlovu, the 1st provincial deputy secretary of the South African Communist Party in KwaZulu-Natal at a press conference where it was announced that the party will be withdrawing from any participation in the ruling African National Congress's candidate nomination process in KwaZulu-Natal for the upcoming local government elections. Long partners, tensions have begun to rise with SACP members accusing the ANC of preventing their members of becooming members in the party and preventing SACP members from participating in the nomination process. Picture: Allied Picture Press/APP 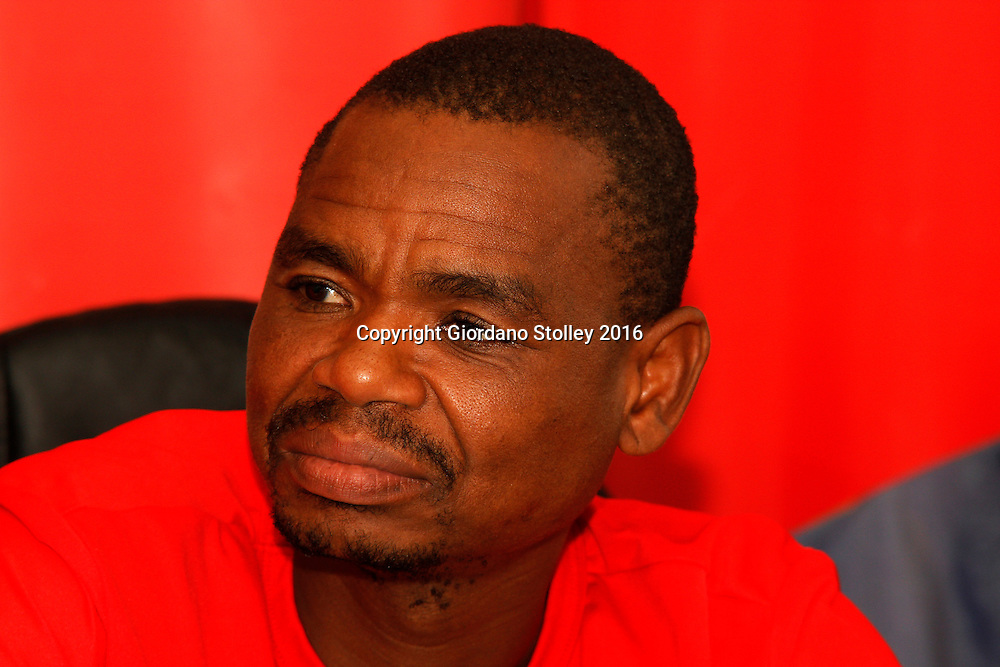